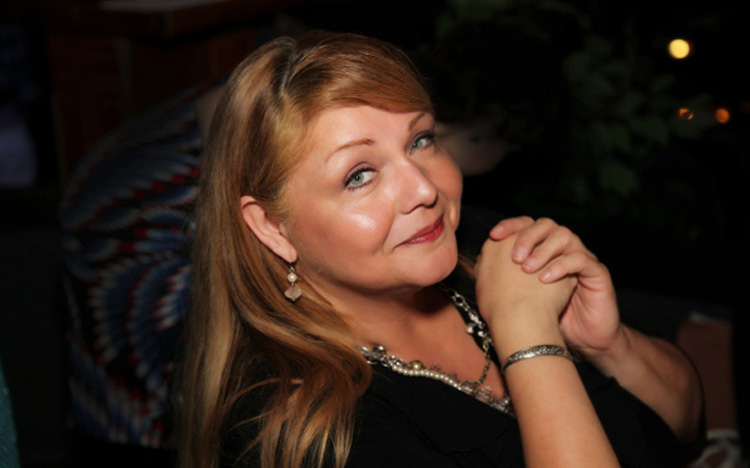 Early in the morning on February 15, 2017, Terri Sue Shrum, fiercely loving mother of three, strong and protective friend, and incredible voice and writer of the lives of the realest people among us, passed away in her sleep from the effects of pancreatic cancer. Terri’s family were like her friends, and she held her friends close like family. And, for our purposes, here, it is worth noting that she was the undisputed Queen of Peauxdunque, and always will be. Long live the Queen.

Terri Sue was among the founding members of the Peauxdunque Writers Alliance, gathered initially together in a French Quarter alley by Amy Serrano in November (some say it was October—regardless, it was cold) 2007. Terri was the constant and guiding force of the group. Writers’ groups typically have a life span much shorter than ten years, but it was Terri who pushed us to realize what we could be, who underscored our importance to each other. And when things could have fallen apart at one of the many speed bumps along the way, it was Terri who got the tattoo. And who can let a group die once someone has permanently marked themselves with it? Not us.

Terri was no happy-go-lucky friend and writing comrade, but she demanded nothing but the deepest dedication on both fronts, and offered nothing but the truest loyalty on both fronts, as well. And as a writer she was beautiful and muscular and visceral and smart and tender. In 2011, Terri’s story, “Bellyful of Sparrow,” won the gold medal in the short story category of the William Faulkner – William Wisdom Creative Writing Competition. Judging the short story category was Harper Collins editor Michael Signorelli, who said of Terri’s story:

“A Bellyful of Sparrow” balances the horror of life with the humor. The mute, immobile, terminally ill narrator wryly observes the life around him, while also inspiring unexpected attention from friends and family. But what could be a dirge is instead quietly mirthful. The story upends expectation and strikes for the elusive territory between bemusement and solemnity. And carried by the strength of its naturally engaging prose-voice, it succeeds.

“Bellyful of Sparrow” was subsequently published in Missouri Review.

In 2012, Terri’s essay, “Bird Dog,” was the winner of the Writers@Work essay competition. Contest judge Steve Almond had this to say about Terri’s work:

The prose is lyric, graceful, and fearless. And the evocation of place and character is astonishing. The events in question happened years ago, and the author brings her wisdom to bear, but never sentimentalizes herself or her father. (I held off on choosing this as the winner for a long time, simply because it’s only 1000 words, and I felt like I could have spent another 5000 with this author.)

Thing was, Terri was perhaps from the most Podunk town of all of us (though we may have shouting matches about that, if she were still with us), a small town in the Ozark foothills of Missouri, but she embodied the spirit of Peauxdunque, elevating her particular experiences to a life that mattered, both to her and to anyone who read or heard her stories. The Peauxdunque Review attempts to manifest that spirit. It is for Terri and of Terri, just as Terri was of and for all of us. Long live the Queen of Peauxdunque, Patron Saint of the Review.