Meet Me At The Edge Of The World: Issue 1 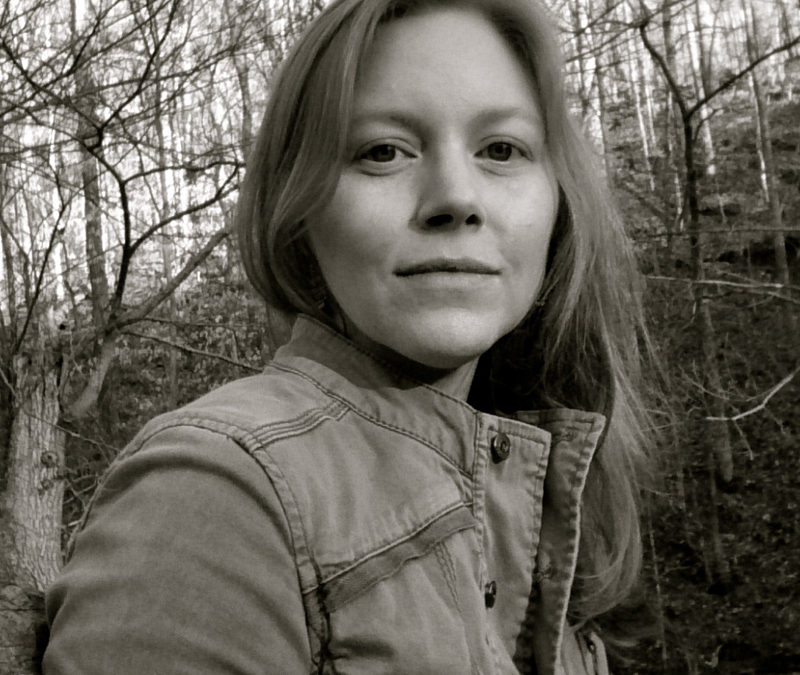 Album Highlight: Over The Rhine’s Meet Me At The Edge Of The World

“Leave the edges wild” is a phrase that recurs throughout Over The Rhine’s 2013 double album, Meet Me At The Edge Of The World. Those words are woven into its shambling, soulful tracks like a talisman. Formed almost thirty years ago in the semi-rough neighborhood of Over-the-Rhine, Cincinnati, the band’s enduring core is the inimitable duo of Karin Bergquist and Linford Detweiler, who both grew up in small coal-mining Ohio towns. Over The Rhine is a band that’s carried the Podunk spirit for decades—traveling into the untamed, troubled corners of its homeland in search of beauty and solace and mischief and transcendence.

Now long-married, Bergquist and Detweiler have produced the kind of prolific output that tends to draw such descriptions as “underrated,” “strangely underrated,” and “criminally underrated.” That kind of thing. Along the way they’ve forged a musical body of work that’s built to last. In addition to releasing thirteen studio albums, they’ve made a specialty of creating original and haunting holiday records, released live collections and solo projects, and earned a reputation as an inventive, passionate touring act.

Over time, their sound has evolved deep into the rough-hewn world of Americana. The gravitational center of their musical imaginations has become the pre-Civil War property where they now live and write in the wilds, called Nowhere Farm. Increasingly, the backroads and farmlands of rural Ohio have come to the fore of their work, guiding the sonic landscape as much as its lyrical one.

Meet Me At The Edge Of The World encapsulates the best of their lush, romantic vision. The first disc’s opener and album title track, written by Bergquist, offers the premise upfront: “Here we stand on cold concrete ground / ‘Cause someone said they liked the sound / I’m thankful that they’ve hung around / But I’m craving the edge of the world.” When the call comes, we’ve got to follow—away from the crowded world into the quiet of a hinterland. “Is it time to disappear? / Oh babe, can we just get out of here? / You and me love and no one near / Walk me to the edge of the world.”

Throughout the album, love and landscape coalesce, seeking out the crepuscular spaces of nature and of intimate relationship. From an early track, “Called Home”: “Where evening shadows come to fall / On the awful and the beautiful / Every wound you feel that needs to heal.” These songs press into the bittersweet corners and seams, into the lengthening shadows of a long-term love. They soothe and coax the listener into acclimating to their unhurried tempo, like the hour of gloaming, which draw us into its hushed magic once we are willing to adjust our vision to the dusk.

As we listen, a longing begins to rise, asking what may endure in the face of the world’s—or a life’s, or a small town’s—finiteness. In Detweiler’s “All of It Was Music,” which moves with the creaky, drunken sway of Tom Waits, there’s beauty to be found in not having these answers: “We left the city far behind / We traveled light we traveled blind / With no idea what we’d find / Or whether we could use it.” This internal searching becomes inextricably intertwined with a sacred bond to the land. “A place where we could rest a while / Where hummingbirds could thrum for miles / And we could leave the edges wild / And let the birds sing through us.”

What keeps us loyal, album after album, to a band that never seems to break wide? The answer must be a matter of intimacy. Following this ilk of band over many years can feel akin to the fizzy, furtive pleasures of a secret love affair. Their songs speak so clearly to us that we cannot believe they aren’t embraced everywhere. But then, maybe, we also don’t want them to be. We’re sharing a secret—something only the initiated will hear—and somehow that secret becomes infused into the songs. OTR’s songs often do seem to dwell in an intimate garret, inside perhaps the tiniest Podunk of all—a long-term couple. As Bergquist sings during a bluesy interlude: “Baby if this is Nowhere / How sweet it is to find.”

Bergquist and Detweiler’s songs beckon us into the warm stillness of their world, where a trove of secrets opens to us. From here, we feel the spiritual frisson of desire created by romantic trust unfolding over years. Tracks like “Highland Country” (“How did you find me / I can’t remember anymore / Along the Ohio / My wreckage washed upon your shore”) pose the question of time passing through the history of a love affair. But the brilliant “Earthbound Love Song” pulls this subject into its fullest reckoning. What happens next, once you’ve found “the kiss that brings / The holy aftermath”? Through Bergquist’s gorgeous lead vocal comes Detweiler’s lyric: “Some questions cannot be answered / Who’s gonna bury who / We need a love like Johnny / Johnny and June.”

Such songs acknowledge mortality as a presence in the romantic love of midlife, a low-lit horizon along the edge of the back field. These songs relinquish the typical ingenue characters of most love songs in favor of the darker, richer, harder-won possibilities of another season. They are laced with the elixir of self-knowledge, and they move with the stride of a longer history and the sway of a fuller hip. These elements work the album’s greatest alchemy, firing the mortal impermanence of love with blazing romanticism.

Detweiler’s “All Over Ohio” forms the centerpiece of Meet Me, encompassing all of the band’s best-loved subjects. Built around a line from writer Annie Dillard (“They kissed all over Ohio”), this stirring duet opens quietly, with uneasy signals from nature: “the rain it has been falling / Like it wants to drown us all / And the trees are gently swaying like they’re thinking ‘bout the fall.” It seems headed for straightforward romance: “I still get shivers when I hear / You singing down the hall.” But this song knows that the consolations of love never erase the world’s troubles and soon swerves into a stronger, rougher turn, calling out the poisonous misuse of spiritual messaging: “If you preach a subtle hatred- / The bible as your alibi / Goddam you right here in Ohio.” With the culminating chorus, it’s clear: a soul that’s awake will always stay restless, even on the backroads of home.

Theirs is a music that takes the dark night of the soul seriously. It’s no accident that their first holiday record was titled “The Darkest Night of the Year.” Like its lush winter nightscape, other OTR records, like 1996’s Good Dog, Bad Dog and 2003’s acclaimed double album Ohio, also feel intentionally built to stoke the soul’s nighttime fires. Meet Me suffuses this nocturnal melancholy into every hour of the clock. But sunset is the hour that lingers longest in this particular work, as confirmed by lines in its final track, a tender porch-swing lullaby: “when the day is bending low / and rolling fields begin to glow / Feels like we traveled all this way / Just so I could hear you say / It’s our favorite / Our favorite time of light.”

Throughout Meet Me’s world runs a spiritual hum, preserving the mysteries of our lives even as it reminds us how to listen close. There in the quiet are our losses and our moments of wonder. We too look out from those farmhouse windows onto the darkening fields of a forgotten landscape—forgotten to all but the birds in the trees and a pair of lovers, watching and listening for what will happen next.

Never more so than in Meet Me At The Edge Of The World, Bergquist and Detweiler offer a powerful reminder that when we love, we do so always through specificity, through locality. To be stranded at the world’s borderland with the one we love, who may sometimes turn away, and to whom we must one day say goodbye—it’s this tender, haunting waltz between two stranded souls that make Over The Rhine’s songs rich and irresistible, and which make them a fine house of refuge for the long dark nights.

Emily Choate’s fiction appears in Mississippi Review, Shenandoah, The Florida Review, Tupelo Quarterly, and elsewhere. She writes regularly for Chapter 16, and her nonfiction also appears in Atticus Review, Late Night Library, Bayou Magazine Online, Yemassee, and Nashville Scene, among others. Emily holds an MFA from Sarah Lawrence College and was a Tennessee Williams Scholar at Sewanee Writers Conference. She lives near Nashville, where she’s working on a novel.