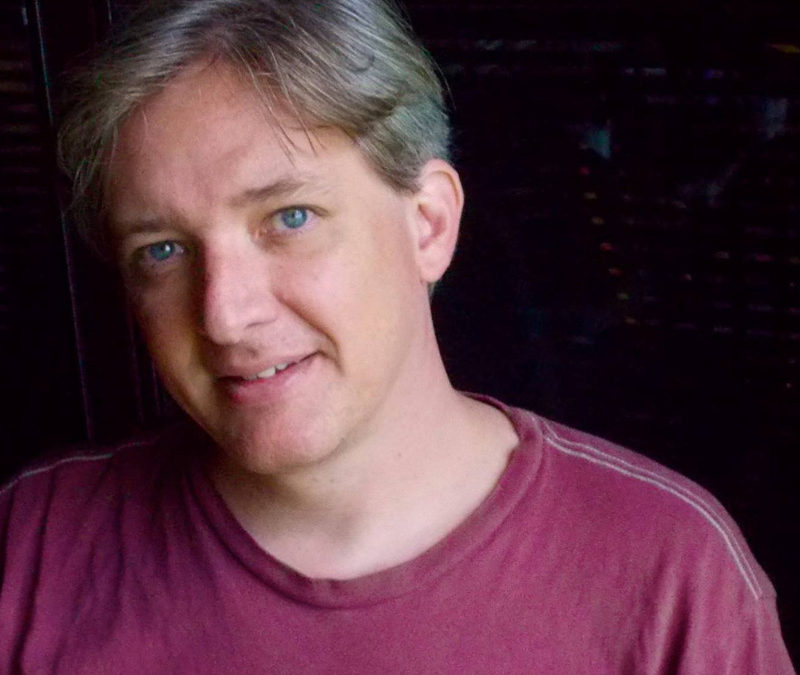 My podunk was invaluable. I almost feel that “Selma” is self-explanatory, except I suppose most folks only know about Selma from what happened in 1965, but Selma has kept happening. We had protests in 1990, my senior year of high school, over the firing of the school system’s first black schools superintendent, and there has been plenty of backlash from those protests both at the time and continuing even into the present. At first Selma inspired me to leave, but it’s been steadily drawing me back over time. And it’s behind all of my writing–writing about how we should interact as people among a community of people, how art and activism intersect, the dynamics of volume of that intersection. I wrote angsty teen poems while sitting in its quiet cemeteries. I’ve published tens of thousands of words about my podunk, both directly and indirectly. My podunk has it all.

Peauxdunque gives me more than writing critique. It gives me a community, a tribe. Sometimes it gives me the little bit of guilt of knowing I’ve got a writing family to not let down. It gives me comrades to root for, to promote, to support, and comrades who will do the same for me. It gives me a space where I can disagree and know that I won’t lose people I disagree with, because somewhere along the way we made an unspoken pact that we’re unconditional family. It gives me intimacy and respect among writers.

First, to always be writing, for the entirety of my long term. Second, to publish writing–whether fiction or nonfiction–that causes people to think and to reexamine their relationship to the world. Third, to be a part of the greater writing community, “the Conversation,” as Maurice and I talk about it often. Just to participate in the Conversation, always.

Time. I’m constantly feeling like I have to steal time, from work or family or sleep or doing the things to stay healthy and alive or doing the things to be destructive, to write. Maybe I should flip that and think about how when I’m doing those other things I’m stealing time from writing? No. Everything we do I suppose we’re stealing time from everything else we do. Maybe it’s best to think of writing as one of the activities on the continuum of love, along with family and friends and food and drink and dreaming. Then as long as I’m doing one of those things then I am as equally writing as I am loving. So maybe “time” isn’t the answer to this question. “Love” is. The hardest thing in life is to love genuinely and fully and always, and therefore that’s the hardest thing in writing, too.

Depends on the mood of the piece and the mood of me. There are a ton of useful artists, but the five most common or useful over the past few years are likely: John Coltrane, Wilco, Radiohead, Nine Inch Nails, and Jason Isbell.

Totally a pantser. I sit down with a phrase or an image or a feeling, turn on music, and just see what words come out of my fingers on the keyboard. I think of what Carlos Santana has said about just being a conduit for music that’s already out there. Sometimes I feel like just a conduit. Of course, revision must happen after, and maybe that’s where the real writing happens (though I’m not nearly as didactic about this as some of my closest writing comrades, and sometimes feel a little fraudulent because of that). I have tried being a plotter, with my first novel in a drawer. I thought and outlined and diagrammed the hell out of that thing, which made the writing infinitely easier and likely quicker, too. But in the end I was less happy with it than my pantsed work.

This is a hard one for me because I like this world so much. But I’ll go with the 15/20 years post-pandemic world in Emily St. John Mandel’s Station 11. The blooming of hope against all the devastation, the reawakening of beauty, the possibility.

The first time we had a meeting at Bryan’s new house in the Marigny. There was something loose and joyous about that night. Most of the old original group was still there—Terri and you and Sabrina and Bryan and Maurice and everyone—and the second and third generations of the group were starting to get engaged in it, and you could see this thing was going to sustain. Kasimu took a picture of me that night and I have this little trepidatious smile and I think maybe I knew what was coming even though I didn’t outright have it formed in my head yet. I’ll dig around for that picture …