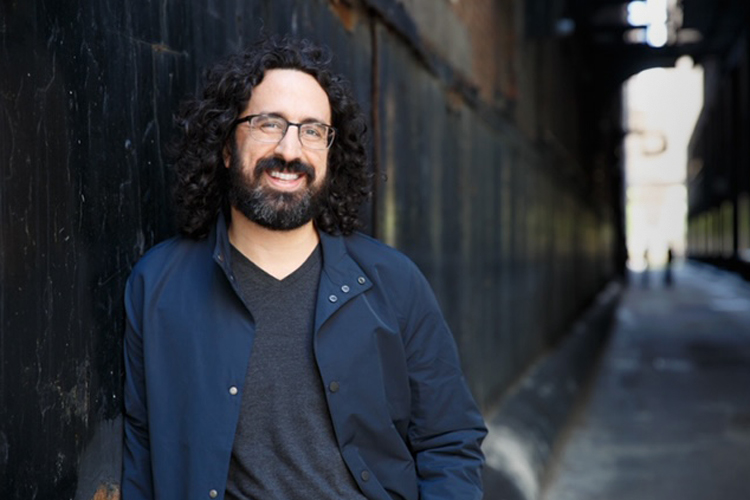 The Peauxdunque Review and the Words and Music Writers Conference are pleased that Michael Zapata has agreed to judge the 2020 Beyond the Bars category of the Words and Music Writing Competition. The Beyond the Bars category is open to incarcerated juveniles nationwide, with no entry fee (one entry per person). Michael’s debut novel, The Lost Book of Adana Moreau, was released in the Spring of this year to widespread critical acclaim. Maurice Carlos Ruffin, a member of the Peauxdunque Review Editorial Review Board, had a chance to catch up with Michael to interview him about his book and about his writing.

Maurice Ruffin: Who is Adana Moreau?

Michael Zapata: Adana Moreau is a young Dominicana who ends up in New Orleans as a refugee after the American Marines invade the Dominican Republic in 1916. In New Orleans, she marries The Last Pirate of the New World, births a son, Maxwell (who, years later, ends up as a ground-breaking theoretical physicist) and writes a cult classic science fiction novel Lost City. Like so many of us who are immigrants and/or POC, she lives in that liminal historical and interior space between country and self, but she also finds solace, literature, and, yes, love in others, like her, desplazados, who are exiled.

M.R.: In what ways are people in different times and places connected?

M.Z.: History is both illusory and still a thread that tethers us to a sense of time and home. The historical circumstances of each place and generation are different, but the driving forces, whether, for example, they be empire, capitalism, racism, technological innovation, or liberation force us as individuals to respond in similar, if terrible or beautiful ways. It’s mindboggling to me, yet also heartrending, that people throughout history remain largely the same while still constructing worlds– like out of some science fiction daydream – that are wildly different.

M.R.: I love a good Easter egg. Are there things in the book that only you and the most astute readers will notice? Can you give an example?

M.Z.: Agreed! I love them! The Lost Book of Adana Moreau references and summarizes books that are both real and imaginary. The imaginary books offer an alternate literary history. One of the most unexpected joys in publishing this novel is when readers tell me that they went searching for one of the imaginary books. To that effect, there is one imaginary novel referenced in the final section that I’m attempting to currently write. I wonder if I’ll ever finish it, if the Easter egg will be cracked, or if it will essentially remain part of that imaginary (and unpublished) oeuvre that, I’m certain, all writers contain in themselves.

M.R.: What has helped you as a writer?

M.Z.: A meandering path, both in my life and as a writer. For years, I unsuccessfully wrote for theater, sitcom pilots, and film scripts, likely circumnavigating (or avoiding) the fact that I always just wanted to write a novel. All of this – I later learned – only informed my craft and obsessions when I finally got around to writing a novel.Travel too helped immensely. I have dual citizenship with Ecuador (my father is from there) and have spent a fortunate, good deal of time in Latin America. The flurry, patience, and discovery of travel is something I think about often when writing. I taught high school for years and, in addition to the privilege of sharing a part of my students’ lives, the solidarity and job security offered by the Chicago Teachers Union was a lifesaver. Growing up working class and biracial. My parents’ voices. My grandfathers’ voices. Of course, other writers, whose guidance have been like a compass to me. And reading, reading. Borges was right: the universe has taken the form of a vast library.

M.R.: Who are your literary heroes?

M.R.: What was your favorite part of the book to write?

M.Z.: The unanticipated fluxes. The accidents. The quieter, tense conversations between two childhood friends reunited. The October Revolution. Maybe, most of all, the summaries of the imaginary novels themselves. The ones that either will never exist or already exist in a parallel Earth.

Michael’s just-released debut novel, The Lost Book of Adana Moreau, was called “hypnotizing” by the New York Times Book Review and an “expansive, big-hearted and time-hopping debut” by Chicago Tribune. Michael is a founding editor of MAKE: A Literary Magazine. He is the recipient of an Illinois Arts Council Award for Fiction; the City of Chicago DCASE Individual Artist Program award; and a Pushcart nomination. As an educator, he taught literature and writing in high schools servicing dropout students. He is a graduate of the University of Iowa and has lived in New Orleans, Italy, and Ecuador. He currently lives in Chicago with his family.